Dianne Feinstein: Terrorist sleeper cells are in the U.S. 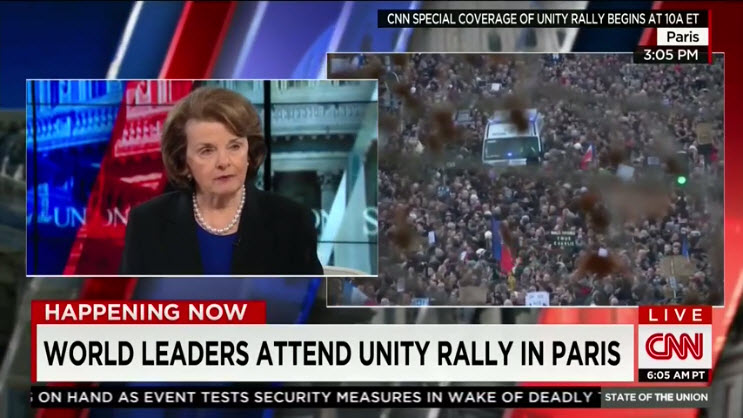 A key senator said Sunday she believes there are terrorist sleeper cells in the U.S. that could carry out attacks similar to the ones in France that left 17 people dead last week.

Sen Dianne Feinstein, California Democrat and vice chairman of the Senate Select Committee on Intelligence, did not comment on specific threats against America but said other attacks are possible.

“I think there are sleeper cells not only in France but certainly in other countries and, yes, in our own,” she said on CNN’s “State of the Union” program. “This calls for vigilance. … Hopefully, we can be even more active in terms of doing those things which enable us to find terrorists, see who they’re communicating with and to track that.”