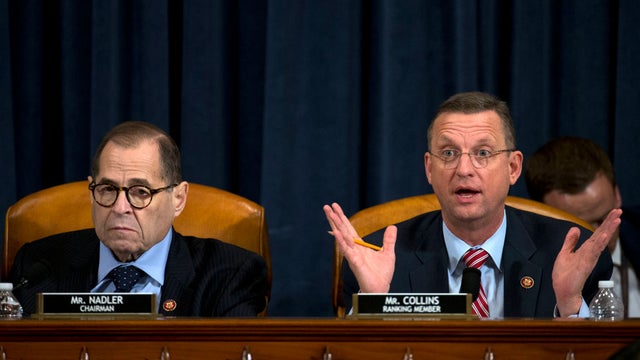 Rep. Doug Collins, R-Ga., had a testy exchange Wednesday with a Justice Department whistleblower who admitted during a House Judiciary Committee hearing that he sought to work House Democrats during the Trump impeachment proceedings.

John Elias, a senior career official in the Justice Department’s antitrust division, is one of two whistleblowers who testified before the Democrat-led committee on alleged politically-motivated overreach by Attorney General William Barr and other appointees. During his testimony, Elias accused his supervisors of improperly investigating mergers involving cannabis companies because of a “personal dislike of the industry.”

Collins questioned Elias on his own political background, asking the official if he considered himself to be nonpartisan at work. When Elias responded that he did, Collins asked him if he had ever sought to work with Democratic leaders on the House Judiciary Committee.

“I, like people, over time have explored various career options,” Elias said, adding that he had a “very preliminary conversation” with House Democrats about a position.