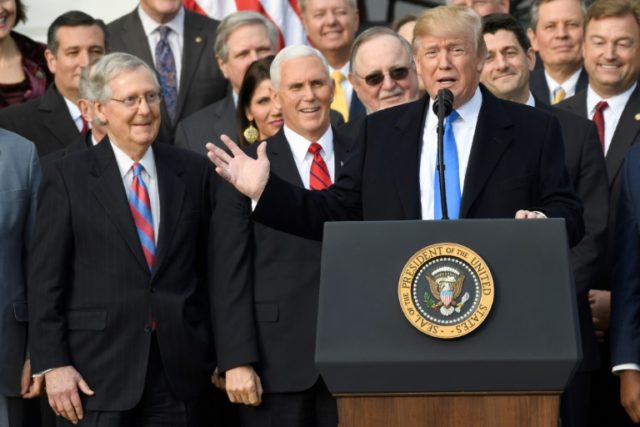 Trump thanked Senate Majority Leader Mitch McConnell and Speaker Paul Ryan, and many other senators and members of Congress for their efforts to pull the bill across the finish line on Wednesday.

“I want to thank you, Mitch McConnell. What a job,” he said. “It’s always a lot of fun when you win.”