Donald Trump could amass most primary votes in GOP history 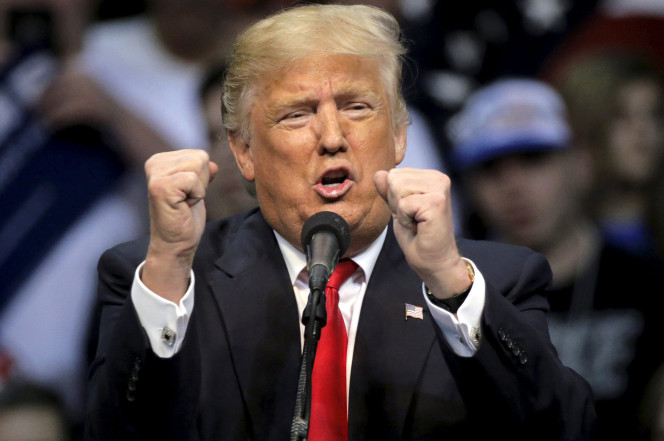 Donald Trump will likely wind up winning the most primary votes of any GOP presidential candidate in modern history, the author of the influential Smart Politics blog told The Post on Wednesday.

After convincing victories in Tuesday’s primaries in five East Coast states, Trump has roughly 10.1 million votes, about 200,000 more than Mitt Romney got during the entire 2012 primary campaign.

And with the primaries ahead — including in populous states such as California, New Jersey and Indiana — the former “Apprentice” ­reality TV star should easily break the modern record of 10.8 million held by George W. Bush in 2000, according to blogger Eric Ostermeier, a political science professor at the University of Minnesota.

“In an election cycle with a high Republican turnout, his numbers are rising, even more so now that there’s only three candidates” left in the GOP race, he said.

The reasons include a combination of Trump’s celebrity, media exposure and higher-than-usual interest in his over-the-top candidacy, Ostermeier said.