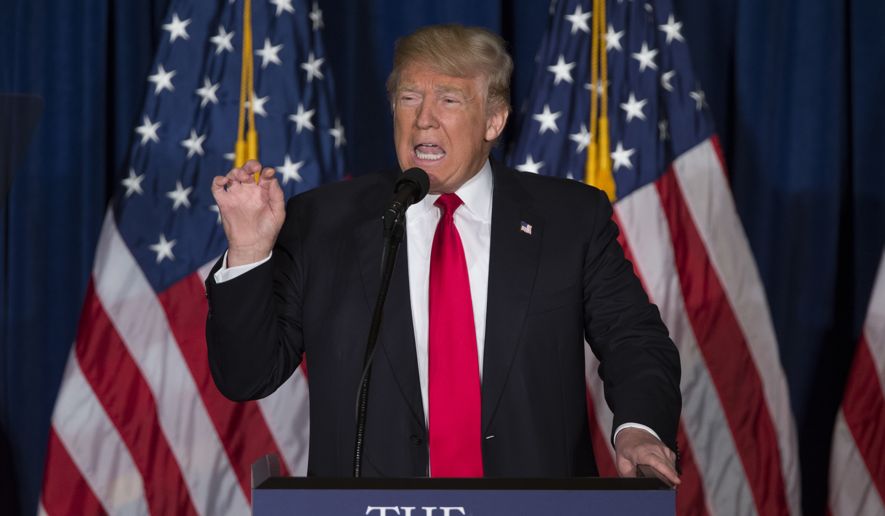 Republican presidential front-runner Donald Trump took a swipe at neoconservatism Wednesday, arguing in a major foreign policy address that the U.S. shouldn’t be in the “nation-building business” and suggesting Washington should be more willing to work with unsavory regimes as long as doing so advances American interests and creates “stability in the world.”

Speaking blocks away from the White House, Mr. Trump broke from his typical off-the-cuff style and used a teleprompter, telling a reserved audience largely drawn from Washington’s think tank establishment that his approach “replaces randomness with purpose, ideology with strategy and chaos with peace.”

The much-anticipated speech drew both praise and heat from the foreign policy veterans as Mr. Trump called broadly for an “America first” foreign policy and sought to temper doubts about his worldview and familiarity with international issues, all just one day after moving closer to the GOP nomination with sweeping wins in five Northeastern primaries.

Only occasionally ad-libbing as he read his prepared remarks, Mr. Trump hammered President Obama for letting America’s “rivals and challengers think they can get away with anything,” asserting the administration has pursued dangerous and misguided detentes with regimes such as Cuba and Iran while avoiding confrontation with North Korea over its growing nuclear provocations.