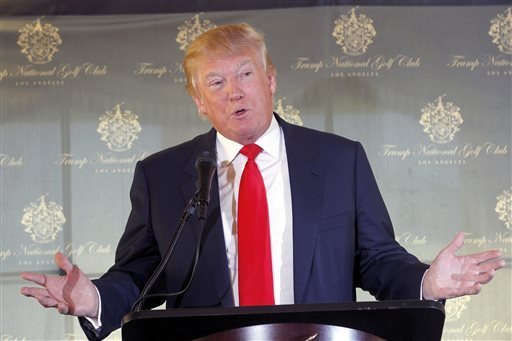 MYRTLE BEACH — Businessman Donald Trump said he is giving “serious thought” to running for president in 2016 and that he thinks he would be the best person for the job.

Trump spent most of his 30-minute keynote speech at the S.C. Tea Party Coalition Convention held at Springmaid Beach Resort on Monday afternoon saying that he is the best person to lead the country.

He told a room of about 800 people that he stands apart from others who have been mentioned as potential candidates for president.