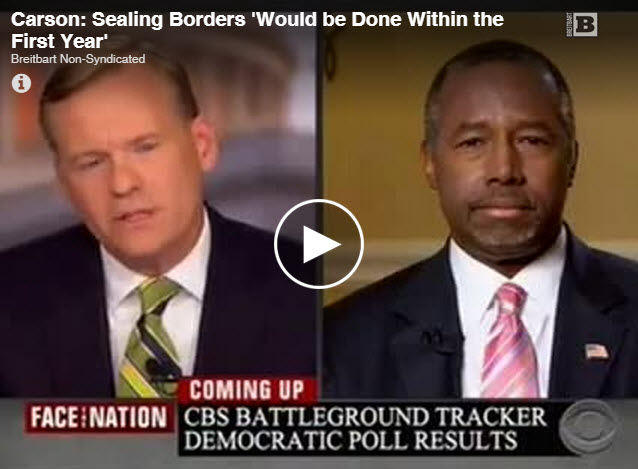 Republican presidential candidate Ben Carson said the “logistics” of Republican presidential front-runner Donald Trump’s plan to deport 12 million undocumented immigrants living in the United States is “difficult,” so he would focus instead on sealing the U.S.-Mexico border, promising it would be done in one year.

Carson said, “The logistics are difficult. As I said, I’m all ears if somebody can tell me exactly how you can do that. I would certainly be interested in hearing it. But the fact of the matter is, our problem is that our federal government is not supporting the local authorities at the border. It’s disgusting what is going on.”

203 Comments - what are your thoughts?