Dr. Carson: No Muslim Presidents EVER 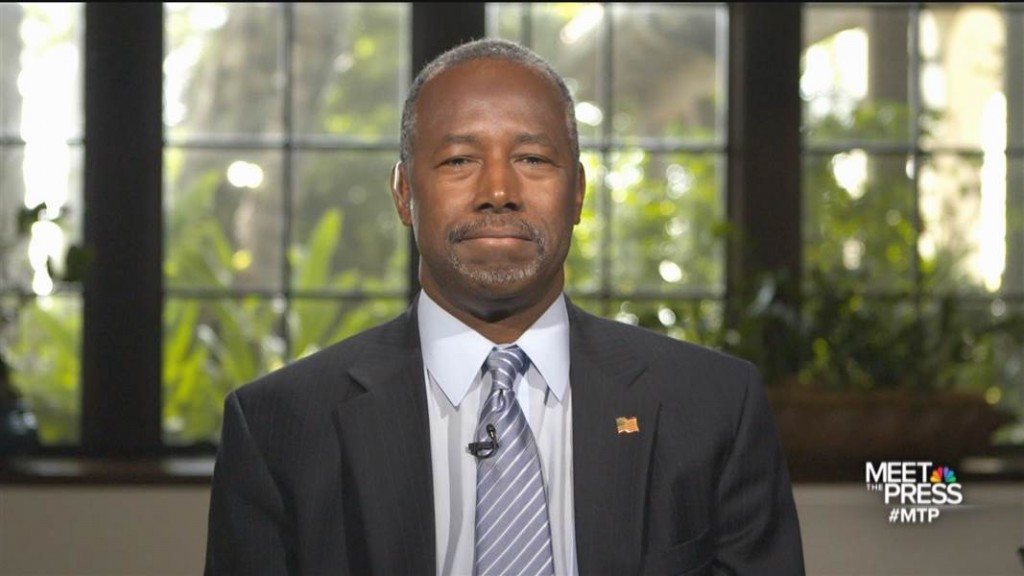 Retired neurosurgeon Ben Carson, who sits in third place in the GOP presidential primary field, said Sunday that he has “no reason to doubt” Mr. Obama’s faith or place of birth.

He did, however, make clear that he does not believe a Muslim should be president of the United States.

“No, I do not,” he said on NBC’s “Meet the Press” program after being asked whether a Muslim should be president. “I would not advocate that we put a Muslim in charge of this nation. I absolutely would not agree with that.”