‘Duck Dynasty’ Star: Time To ‘Vote This Ungodly Bunch Out Of Washington’ 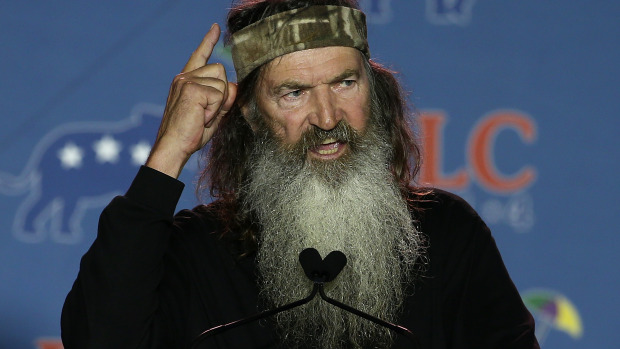 During his appearance at the “Rock the South” music festival in Cullman, the reality television star stated it’s time to vote those “ungodly” politicians out of Congress.
“Whatever you do, go register to vote, especially on this next presidential election. Register to vote and you ought to register for the House and the Senate, too. Get your tail down there and vote this ungodly bunch out of Washington, D.C.,” Robertson told the crowd while getting a raucous ovation.

Robertson also delved into his controversial comments he made about homosexuality in a GQ interview last December.

“I’m actually a nice man,” Robertson told the crowd. “I’m trying to help those poor souls and turn them to Jesus.

Robertson was suspended from the A&E reality show for several days after saying homosexuality is “illogical.”