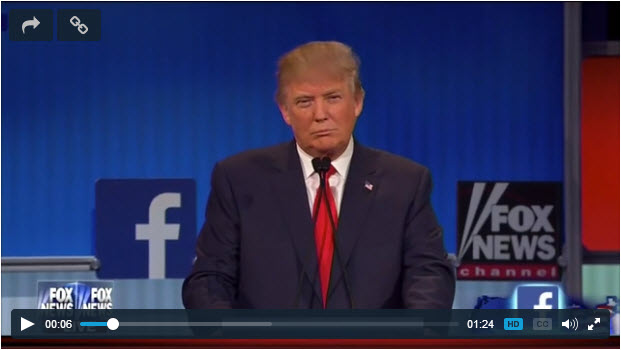 CLEVELAND — Donald Trump spanked the press, the rest of the GOP presidential field, and politicians in general, calling them “stupid” and refusing to commit to supporting the eventual 2016 Republican nominee, kicking off the first prime-time debate of the 2016 nominating contest Thursday by saying he can’t be sure anyone else will be able to match his tough-talking solutions.

The top 10 GOP candidates, as determined by the polls, squared off in Cleveland, but Mr. Trump, who has surged to the lead since announcing his campaign in June, dominated the back-and-forth, with his fellow candidates repeatedly forced to respond to him and acknowledge he’s tapped into deep dissatisfaction among Republican voters.

“I think the big problem this country has is being politically correct,” he told Fox host Megyn Kelly, who asked him about disparaging comments he’s made toward women. “I don’t frankly have time for total political correctness and to be honest with you, this country doesn’t have time either.”