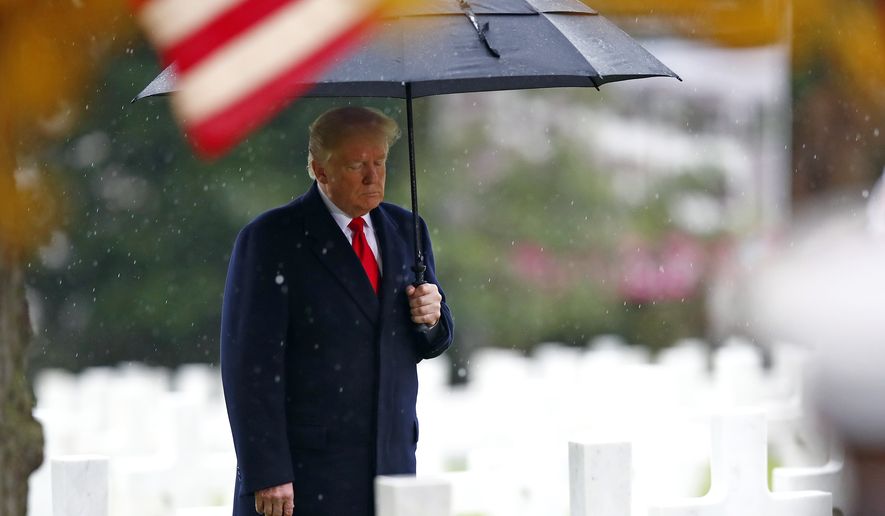 President Trump’s weekend in France turned events marking the 100th anniversary of the end of World War I into a diplomatic obstacle course.

He weathered an imperious lecture from French Present Emmanuel Macron, suffered widespread criticism for canceling a visit to a war cemetery and dodged anti-Trump demonstrations, including topless female protesters with slogans written across their chests.

Mr. Trump lumbered through a series of commemorations rife with complex symbolism and diplomatic pitfalls and then went out on a high note Sunday by refusing to let Mr. Macron’s political barbs disturb a solemn Veterans Day tribute.

“We honor the American and French service members who shed their blood together in a horrible, horrible war, but a war known as the Great War,” Mr. Trump said in a speech at Suresnes American Cemetery, where more than 1,500 fallen American service members from World War I are buried.