Eric Holder: ‘Racial animus’ fuels opposition to Obama and me 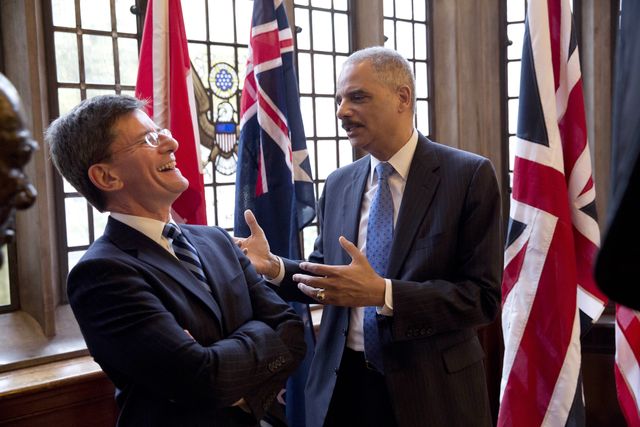 Attorney General Eric Holder threw down the race card and said on national television that at least some of the political resistance that he and President Obama face is due to the color of their skin.

“There’s a certain level of vehemence, it seems to me, that’s directed at me [and] directed at the president,” Mr. Holder told ABC News. “You know, people talking about taking their country back. … There’s a certain racial component to this for some people. I don’t think this is the thing that is a main driver, but for some, there’s a racial animus.”

Mr. Holder also went on to say that the country is “a fundamentally better place than we were 50 years ago,” The Hill reported.