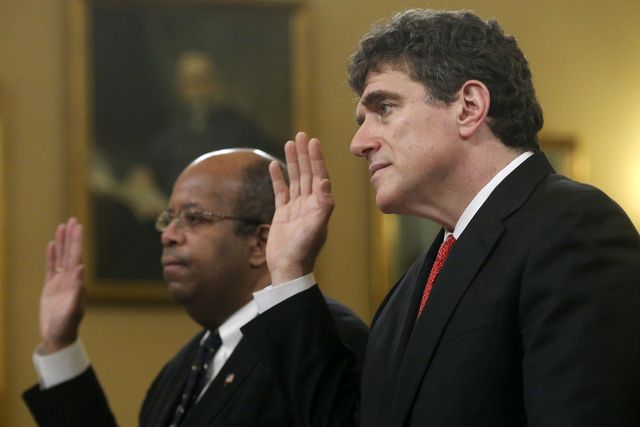 The IRS’s new proposal to crack down on nonprofits was in the works a year before the tea party targeting scandal broke, according to a Treasury Department official who told congressional investigators it was spurred by pressure from outside parties.

The revelation follows earlier testimony from former IRS Commissioner Steve Miller, who told investigators that they started “brainstorming” ways to crack down on nonprofits while under pressure from a senior Democratic senator who was “complaining bitterly to us” about the way groups were engaging in politics while organized as social welfare nonprofits.

House Oversight Committee Chairman Darrell Issa and subcommittee Chairman Jim Jordan recounted the testimony in a letter sent this week to IRS Commissioner John Koskinen, who now must decide what to do about the proposed crackdown.

The two lawmakers said the evidence proves the IRS crackdown was under way well before the revelation last May that the tax agency had improperly targeted tea party and conservative groups for scrutiny, and delayed many of their applications for nonprofit status.

“One email from June 2012 demonstrates that the IRS and the Treasury Department considered privately ‘addressing’ 501(c )(4) organizations well before the public awareness of the IRS targeting,” the two congressmen said in their letter to Mr. Koskinen.