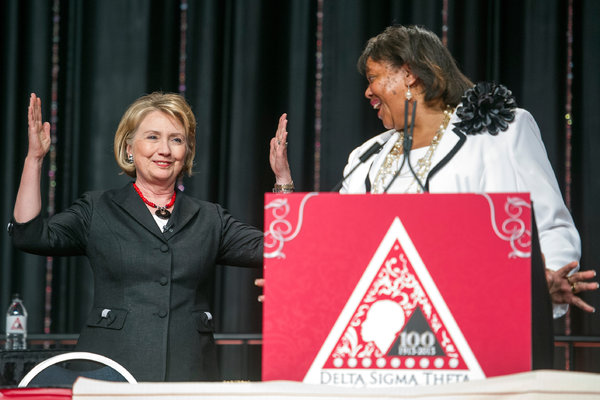 Inside Bright Hope Baptist Church, the luminaries of Philadelphia’s black political world gathered for the funeral of former Representative William H. Gray III in July. Dozens of politicians — city, state and federal — packed the pews as former President Bill Clinton offered a stirring eulogy, quoting Scripture and proudly telling the crowd that he was once described as “the only white man in America who knew all the verses to ‘Lift Every Voice and Sing.’ ”

But it was the presence and behavior of Hillary Rodham Clinton that most intrigued former Gov. Edward G. Rendell: During a quiet moment, Mrs. Clinton leaned over to the governor and pressed him for details about the backgrounds, and the influence, of the assembled black leaders.

Since Mrs. Clinton left the secretary of state post in February, she and her husband have sought to soothe and strengthen their relationship with African-Americans, the constituency that was most scarred during her first bid for the presidency. Five years after remarks by Mr. Clinton about Barack Obama deeply strained the Clintons’ bond with African-Americans, the former first family is setting out to ensure that there is no replay of such trouble in 2016.

Mrs. Clinton used two of her most high-profile speeches, including one before a black sorority convention, to address minority voting rights — an explosive issue among African-Americans since the Supreme Court struck down part of the Voting Rights Act in June. A month after Mr. Gray’s funeral, Mrs. Clinton and her husband both asked to speak at the service for Bill Lynch, a black political strategist who is credited with the election of David N. Dinkins as mayor of New York, and stayed for well over two hours in a crowd full of well-connected mourners. And there have been constant personal gestures, especially by the former president.

“I think that this is an effort to repair whatever damage they felt may have been done in ’08,” said the Rev. Al Sharpton. Mr. and Mrs. Clinton “know that there are some who have lingering questions, if not antipathy, towards them,” Mr. Sharpton said.