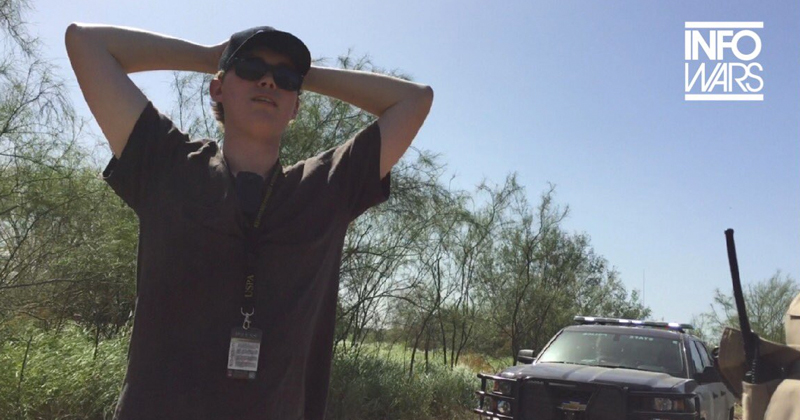 Infowars reporters were detained and disarmed by federal agents Wednesday while reporting near the Texas-Mexico border.

Following the encounter, Infowars Joe Biggs explained how he and Michael Zimmermann were disarmed after the pair were taken into custody alongside fellow reporter Alejandra.

“We just got out of federal custody… we’ve been there for 2 hours,” Biggs said.

Despite previously getting approval from both border patrol and law enforcement to be in the area, federal wildlife officers – known to be Obama’s attack dogs on the border – ordered the crew to put their hands up after encountering them filming a report.

171 Comments - what are your thoughts?