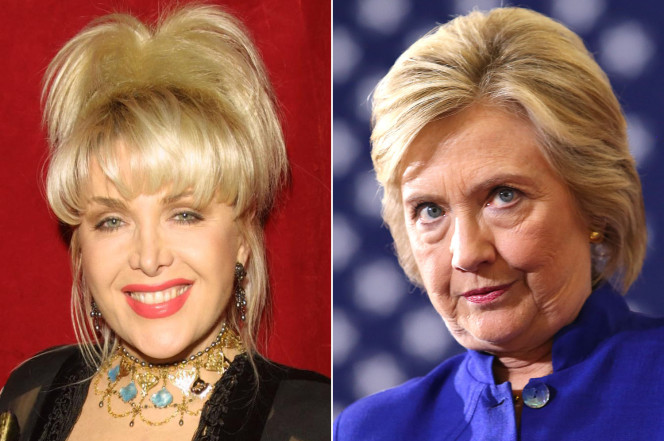 When Hillary Clinton takes the podium at Monday night’s first presidential debate, she could be staring down an old romantic rival sitting in the front row.

Gennifer Flowers, who carried on a 12-year affair with Bill Clinton when he was attorney general and governor of Arkansas, might attend the debate at Hofstra University as Trump’s guest, BuzzFeed reported Saturday.

“Ms. Flowers has agreed to join Donald at the debate,” her personal assistant, Judy Stell, wrote in an e-mail to BuzzFeed, according to the Web site.

The development grew from a Twitter broadside Trump launched earlier that day.

“If dopey Mark Cuban of failed Benefactor fame wants to sit in the front row, perhaps I will put Gennifer Flowers right alongside of him!” he tweeted.

166 Comments - what are your thoughts?