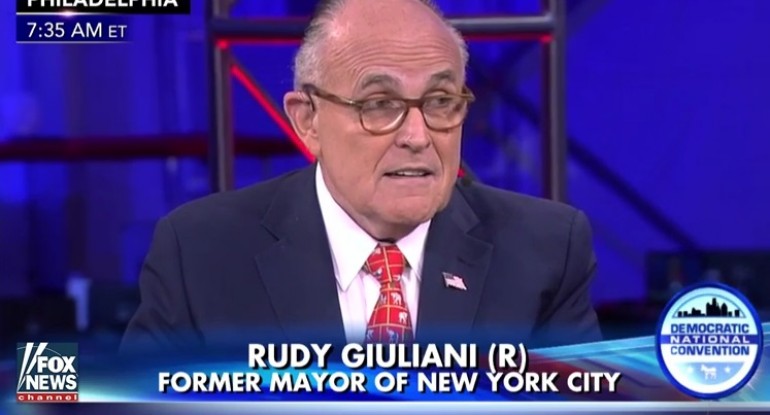 Thursday on Fox News Channel’s “Fox & Friends,” in an appearance from the site of the Democratic National Convention in Philadelphia, former New York City Mayor Rudy Giuliani called the convention “the most anti-police” and “the most anti-law enforcement” he had ever seen.

However, he also said that according to “high-ranking police officers” in Philadelphia, uniformed law enforcement was not allowed on the floor of the convention.

224 Comments - what are your thoughts?