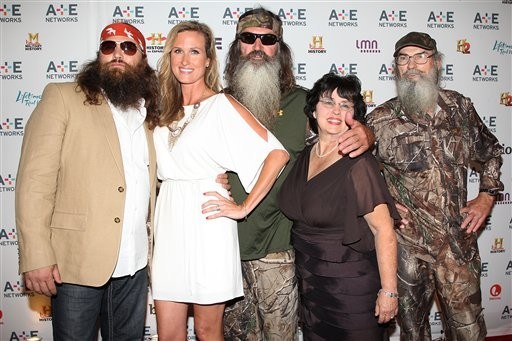 “Duck Dynasty on TheBlaze” has a nice ring to it, according to Glenn Beck.

One day after Phil Robertson’s comments about homosexuality earned him an indefinite suspension from the hit series “Duck Dynasty” on A&E, Beck offered the entire Robertson family a place on his own network.

Beck said as he sees it, the Robertson family has a choice to make.

“If I am in the Robertson family, I sit down with my family and say, ‘Is this the way we’re going to [let] him be treated? Is this who we are? Are we going to [be] quiet because he has an opinion about the scriptures?’”