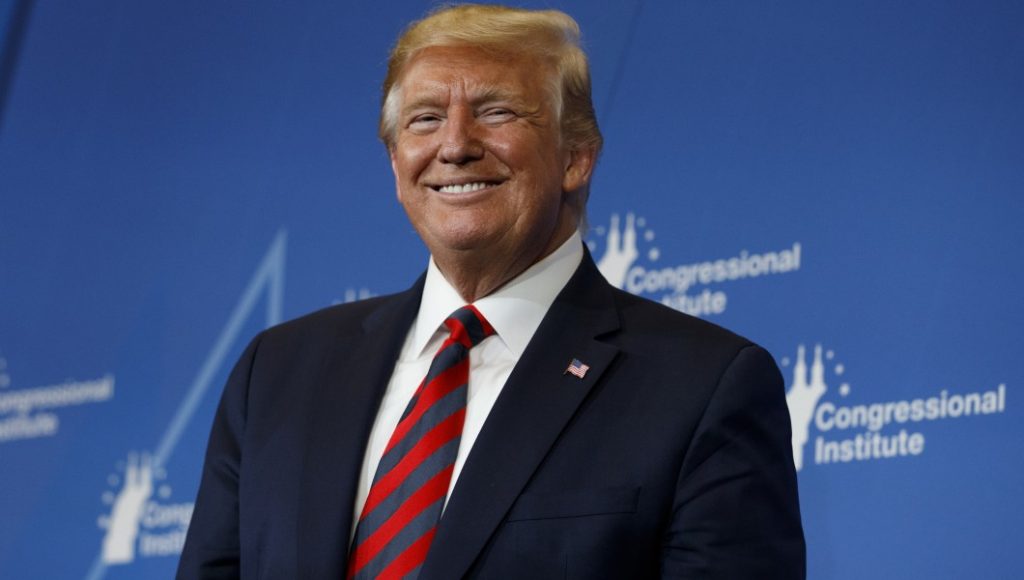 Financial markets soared Tuesday on investor perceptions that the coronavirus is spreading more slowly and that the United States might soon move beyond the worst effects.

The Dow Jones Industrial Average climbed fastest, with an increase of 7.73%, or more than 1,600 points.

Encouraging news came from New York, the epicenter of America’s outbreak. Gov. Andrew Cuomo said the death rate in New York has stayed “effectively flat” for the past two days.

“This is the first glimmer of hope for New York, New Jersey, and we hope that the trend continues,” Surgeon General Jerome Adams said on CBS News, “but it’s going to mean that everyone has to keep doing their part.”

New York still faces many deaths in the days ahead. Nearly 3,500 have died in New York City. Cuomo announced he would extend the state shutdown through April 29 and increase penalties for violating social distancing protocols from $500 to $1,000 in an effort to ensure the disease’s spread is halted.

Nationwide, the number of deaths caused by the coronavirus eclipsed 10,000, and the number of cases rose to nearly 365,000, according to the Johns Hopkins University tracker. New cases appear to have leveled off, although coronavirus task force coordinator Deborah Birx warned that weekend data is sometimes less reliable than on weekdays.

President Trump, at the White House press briefing on Monday, said there is “tremendous light at the end of the tunnel” because of prospects for therapeutics and vaccines.

But there are dark days and weeks of social distancing ahead, White House officials said. “We know we’re at the beginning of a very tough week for America,” said Vice President Mike Pence. Birx added that people should “consolidate” trips to grocery stores to minimize trips outside their homes.

Underscoring the risk posed by the virus was the news that British Prime Minister Boris Johnson was moved into intensive care Monday as his COVID-19 symptoms worsened. The 55-year old prime minister asked his foreign secretary, Dominic Raab, to deputize while he is incapacitated.

He is “a very good friend of mine and a friend to our nation,” Trump said of Johnson. Johnson had not yet been put on a ventilator to help him breathe as of Monday evening.

Several European countries moved to ease pandemic restrictions, a sign of hope that mitigation efforts have worked and that the peak is likely to pass soon. The Czech Republic will allow more retail businesses to open starting Thursday, and Austria laid out plans to allow some businesses to reopen next week. Denmark will reopen day care centers and schools next week.

Wisconsin, meanwhile, faces a combined electoral and public health fiasco. The state Supreme Court on Monday struck down Gov. Tony Evers’s executive order of earlier in the day that would have delayed in-person voting in Tuesday’s presidential primary election. Evers was trying to prevent drawing people together at polling stations, increasing the risk of viral transmission.

The U.S. Supreme Court blocked an attempt to accept absentee voting ballots postmarked after Tuesday’s primary elections. Absentee ballots were set to be accepted until April 13 but now must be postmarked by April 7.

“Extending the date by which ballots may be cast by voters — not just received by the municipal clerks but cast by voters — for an additional six days after the scheduled election day fundamentally alters the nature of the election,” Supreme Court Justice Brett Kavanaugh said in the opinion for the 5-4 majority on Monday.

Monday’s financial market surge came despite more trouble for the rollout of a key part of the congressional relief package. The main small-business rescue measure, more than $350 billion in forgivable loans, is being delayed because the Small Business Administration system for processing bank loans failed Monday.

Trump dismissed the snags, saying, “It’s really been performing well … Couple of little glitches, minor glitches that have already been taking care of.”