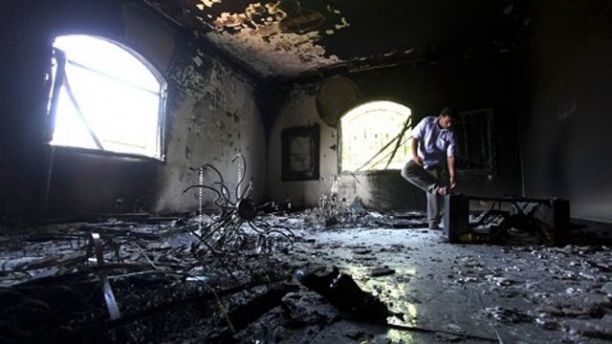 A top congressional Republican is saying a new report that concludes Al Qaeda did not carry out the 2012 attack on the U.S diplomatic compound in Benghazi, Libya, is “misleading.”

The new report published Saturday in the New York Times concludes that there was no evidence that Al Qaeda or other international terrorist groups had any role in the assault that killed four Americans on September 11, 2012, and that it appeared that the attack was fueled in large part by anger at an American-made anti-Islamic video, as the Obama administration first claimed.

New York Rep. Peter King, member and former chairman of the House’s Permanent Select Committee on Intelligence, told Fox News the argument that the most overtly anti-Western militia, Ansar al-Shariah – not Al Qaeda – led the attack is an academic argument over semantics, considering Ansar al-Shariah is widely believed to be an affiliate terror group of Al Qaeda.

“It’s misleading,” King said. “It’s a distinction without a difference.”

The claims by the New York Times also conflicts with other evidence, including the testimony of Greg Hicks, the deputy of Ambassador Christopher Stevens who was killed in the attack. Hicks described the video as “a non-event in Libya” at that time, and consequently not a significant trigger for the attack