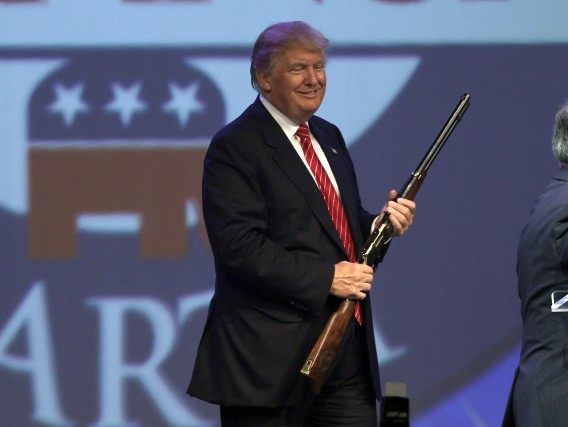 As if we need more proof of how tone deaf and self-destructive GOP elites can be towards their most reliable voters, the New York Times reports that at a weekend meeting of the Republican Governors Association there was an attempt by some “donors and operatives” to come up with a plan to bar current Republican frontrunner Donald Trump from the presidential debates.

Many national Republican officials are increasingly resigned to Mr. Trump’s looming presence. At a meeting of the Republican Governors Association this week in Aspen, Colo., donors and operatives mused about how to prevent him from hijacking the debate.

One idea that came up was to urge three leading candidates — Jeb Bush, the former Florida governor; Mr. Walker; and Senator Sen. Marco Rubio (R-FL) of Florida — to band together and state that they would not participate in any debate in which Mr. Trump was present, using his refusal to rule out a third-party bid as a pretext for taking such a hard line. The thinking, according to a Republican involved in the conversations, was that the lesser-funded prospects who have been eclipsed by Mr. Trump would follow suit, and the TV networks airing the debates would be forced to bar Mr. Trump in order to have a full complement of candidates.

263 Comments - what are your thoughts?