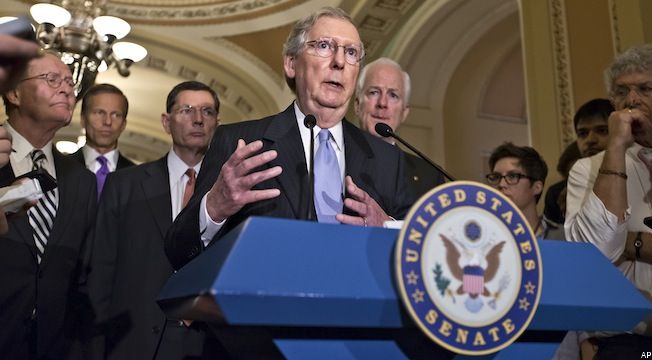 In letters to the leagues released Friday, McConnell and Cornyn cited an announcement by federal Health Secretary Kathleen Sebelius that she is in talks with the NFL, the NBA and others about campaigns to educate the public about healthcare reform.

McConnell and Cornyn warned NFL Commissioner Roger Goodell and his peers that launching such campaigns would damage their leagues’ reputations.

“It is difficult for us to remember another occasion when [a] major sports league took public sides in such a highly polarized public debate,” the lawmakers wrote.

“Given the divisiveness and persistent unpopularity of this bill, it is difficult to understand why an organization like yours would risk damaging its inclusive and apolitical brand by lending its name to its promotion.”

The letter comes just after Rep. Steve Scalise (R-La.), head of the conservative Republican Study Committee, told the NFL and NBA not to do Sebelius’s “dirty work.”