GOP set to make life difficult for Democrats on impeachment

by OLIVIA BEAVERS AND MIKE LILLIS -The Hill
December 17, 2019 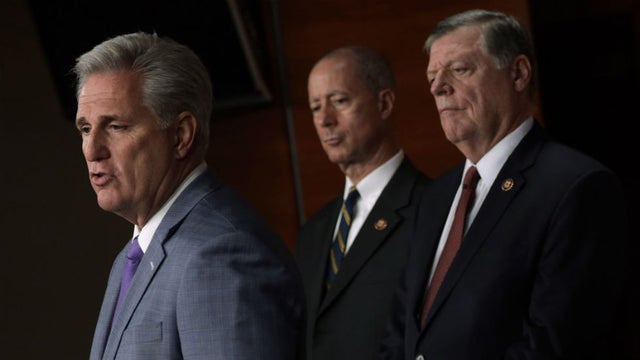 House Republicans are gearing up to make life as difficult as possible for Democrats in the impeachment articles markup hearing on Tuesday, signaling they have no intention of allowing Democrats to coast smoothly into their high-stakes vote to impeach President Trump later this week.

In a House Rules Committee markup scheduled for Tuesday morning, GOP lawmakers are expected to amplify their protests against Democrats’ two articles of impeachment — abuse of power and obstruction of Congress — that argue Trump’s actions in Ukraine rise to the level of high crimes and misdemeanors.

The Rules hearing follows closely on the heels of public impeachment forums staged by two other House panels — Intelligence and Judiciary — and it’s the last stop on the committee circuit before the Democrats bring those two articles to the House floor on Wednesday.

Chaired by Rep. Jim McGovern (D-Mass.), the Rules Committee is much smaller than the other panels and its esoteric function — to set the procedures governing activity on the floor — means its proceedings are frequently treated as a dry formality, largely ignored outside the Beltway.