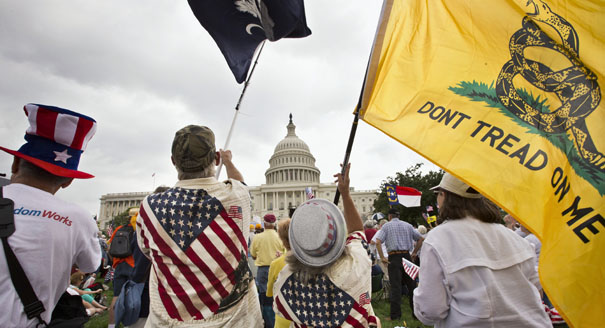 Consultants and attorneys — including the co-founder of the pro-Mitt Romney super PAC — are laying the groundwork or have already filed paperwork for dozens of super PACs organized to support individual candidates running next year.

The effort is the biggest reevaluation of the Republican Party’s outside money strategy since the dawn of the super PAC era — bringing traditional big dollar donors into the primary races that pulled the party in a direction that alienated those donors in the first place.

“The prime targets for this sort of a strategy are incumbents that expect a primary election challenge,” said Charlie Spies, the co-founder of Restore Our Future, which spent more than $140 million to support Mitt Romney. “Even if candidates trust American Crossroads will step in for a Senate race or American Action Network or Congressional Leadership Fund for a House race, they are more likely to focus resources on general election races than getting involved in primary contests.”

Recent election cycles have been dominated by well-founded conservative groups such as Karl Rove’s Crossroads network and the Koch-linked Americans for Prosperity. But those organizations have largely stayed out of primary fights, where tea party-associated groups have helped unseat more moderate Republicans.