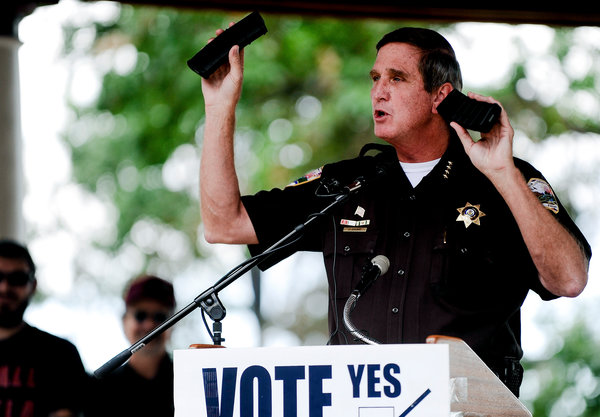 On March 4, Burlington voters joined a push by elected officials throughout northeastern states to enact stiffer gun control measures. By a 2-to-1 margin, they banned the carry of firearms in bars and restaurants, authorized police to confiscate guns during domestic disputes and required gun owners to keep firearms locked up at home.

“It’s astonishing that people are so cavalier about violating the Second Amendment,” Mack said. “Burlington City Council sounds like they are just following the trend to do things that are entirely unconstitutional and go around sheriffs, and go around the laws, or subvert the laws, or disobey the laws.”

The Constitutional Sheriffs and Peace Officers Association, which touts sheriffs as the highest law enforcement officials charged with defending the rights of citizens in states, claims that 17 police associations and nearly 500 sheriffs nationwide have pledged to defy unconstitutional gun control measures.