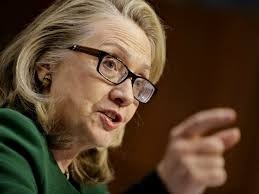 The leaked emails were published by Russia Today, which says it was forwarded the emails from Blumenthal’s AOL account by the hacker using the alias “Guccifer.”

“Guccifer” reportedly hacked Blumenthal’s email in March 2013. Guccifer has since been identified as Marcel Lazar Lehel, a Romanian hacker serving a seven-year sentence for hacking into the accounts of Romanian government officials.

The alleged memos concern information Blumenthal says he gleaned about the Benghazi attack and the January 2013 hostage crisis at a gas complex in Amenas, Algeria.

One purported Blumenthal email from Feb. 16, 2013, addressed to Clinton quoted sources “with direct access to the Libyan National Government, as well as the highest levels of European governments, and Western intelligence and security services.”