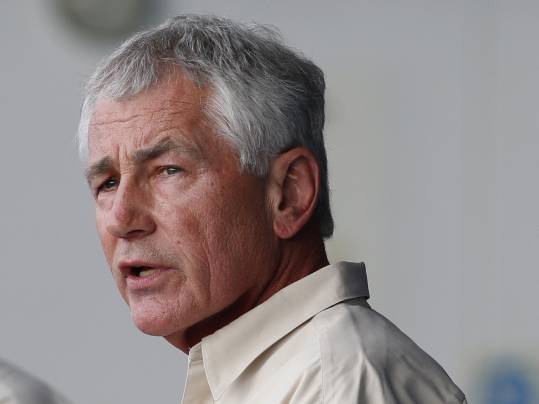 Defense Secretary Chuck Hagel called on other nations to join the Pentagon in taking steps to mitigate and adapt to climate change, calling it a “threat multiplier” that could exacerbate global challenges if left unaddressed.

“Climate change is a threat multiplier,” Hagel said at the Conference of Defense Ministers of the Americas in Arequipa, Peru, “because it has the potential to exacerbate many of the challenges we already confront today — from infectious disease to armed insurgencies — and to produce new challenges in the future.”

The comments come as the Pentagon released a “roadmap” Monday for confronting climate change just ahead of key United Nations climate talks in December in Lima, Peru. Nations there are hoping to strike a draft text in advance of formal U.N. negotiations next year in Paris for an international deal to reduce greenhouse gas emissions that most scientists say are stoking global warming.