by Ben Wolfgang and Maggie Ybarra - The Washington Times
August 22, 2014 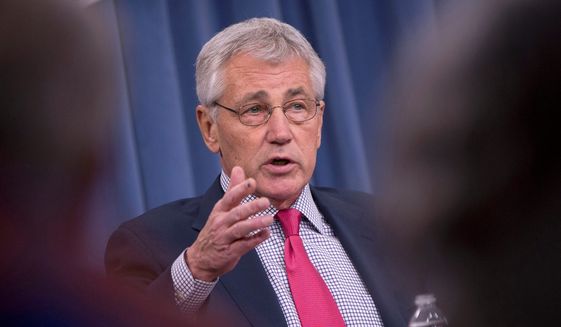 The Obama administration insisted Thursday that the U.S. will avoid mission creep in freshly war-torn Iraq, even as its Pentagon chief warned that the Islamic State poses a terrorist threat to Americans “beyond anything that we’ve seen.”

“Get ready,” Defense Secretary Chuck Hagel declared in an ominous warning, even as the White House tried to tamp down speculation that stepped-up airstrikes might lead to a greater ground troop intervention.

Some lawmakers are dubious of the Obama administration’s balancing act, arguing that the stated mission — to protect American personnel in Iraq, provide humanitarian assistance to displaced civilians and aid Iraqi security forces in their fight against Islamist militants — already has evolved from what it was just two weeks ago, when President Obama announced that the U.S. was resuming combat operations in Iraq.