Haley: US prepared to take further military action in Syria 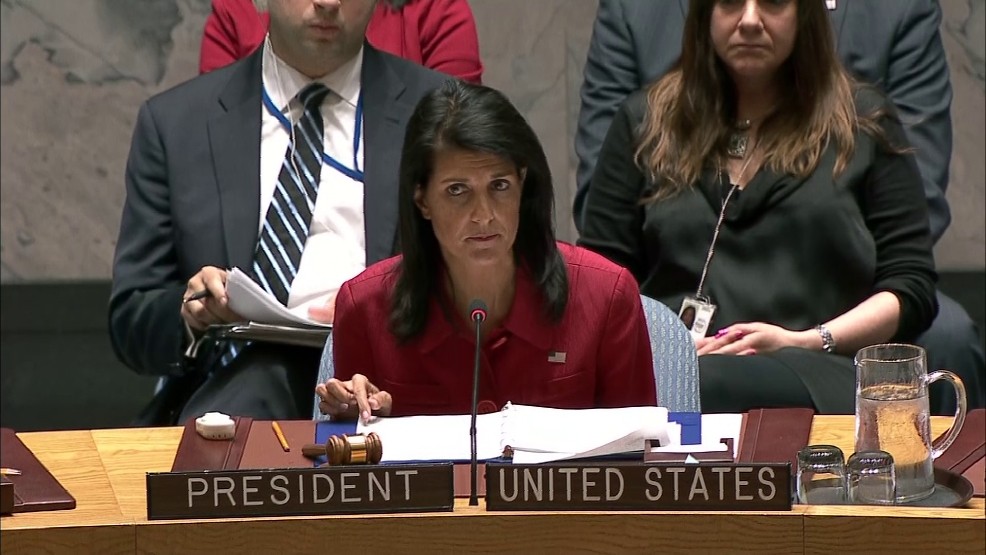 U.S. Ambassador to the United Nations Nikki Haley warned members of the Security Council on Friday that the U.S. is prepared to take further military action against Syria.

“The United States took a very measured step last night,” Haley said. “We are prepared to do more, but we hope that will not be necessary.”

Haley’s warning came hours after the U.S. launched a missile strike on a Syrian military air base Thursday night. The strike was in retaliation for a chemical attack in northern Syria earlier this week that the U.S. has blamed on the administration of Syrian President Bashar Assad.