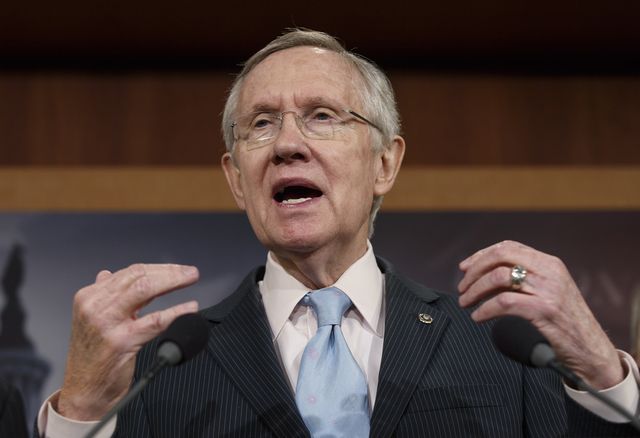 “Those people who hold themselves out to be patriots are not. They’re nothing more than domestic terrorists,” Mr. Reid in remarks at a luncheon, according to the Las Vegas Review-Journal, which sponsored the event. “… I repeat: What went on up there was domestic terrorism.”

The Nevada Democrat was referring to the hundreds of Bundy backers — some armed, some from out of state — who congregated at the ranch last week in a show of support as the Bureau of Land Management began seizing the family’s cattle in a dispute over grazing fees.

No shots were fired, although Ammon Bundy, Cliven Bundy’s adult son, was stung by a Taser last week during an argument with federal agents.

BLM officials abandoned the cattle-gather Saturday, citing concerns about public safety at the Bunkerville, Nev., ranch as the number of demonstrators grew.