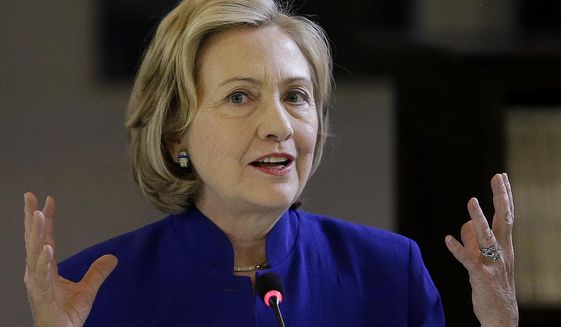 Former Secretary of State Hillary Clinton took a potshot at President Obama and his foreign policies during a recent question-answer session with The Atlantic — yet another sign of her walk toward the White House in 2016 and her attempt to distance herself from faltering administration practices.

Mrs. Clinton’s jab: She said Mr. Obama’s basic foreign policy mantra of “Don’t do stupid stuff” was a failure, and a big reason why the Middle East is erupting in Islamic State, or ISIL, violence.