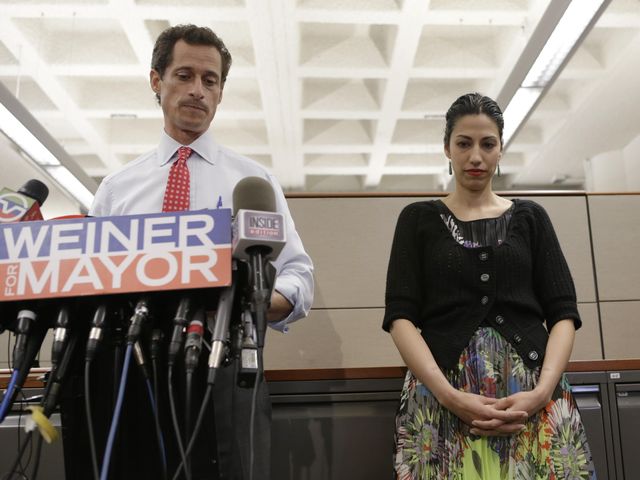 Hillary Clinton, former secretary of state and talked-about presidential contender for 2016, reportedly has a “secret deal” with her top aide Huma Abedin to keep her husband — the disgraced Anthony Weiner — quiet and under the radar for the next two years.

Mrs. Clinton’s camp denies any such pact exists, saying through a spokesman that the notion is “1,000 percent absurd,” the New York Post reported.

But other sources that are unnamed swear that the deal was forged at the insistence of Mrs. Clinton’s own aides who want the former congressman and failed mayoral hopeful — who’s political star fell from numerous sexting scandals — to “stay out of public life for two years [to] avoid causing any further embarrassment to Huma or Clinton,” the New York Post reported.

Mr. Weiner, in fact, has been noticeably absent from his wife’s side at public events held in recent weeks, including the Gordon Parks Foundation Awards Dinner that was just held in Manhattan. He has not been seen at any of the recent New York-based high-profile events that have been attended by the Clintons, either, the New York Post reported.