Hillary Clinton heckled on Benghazi: ‘You let them die’ 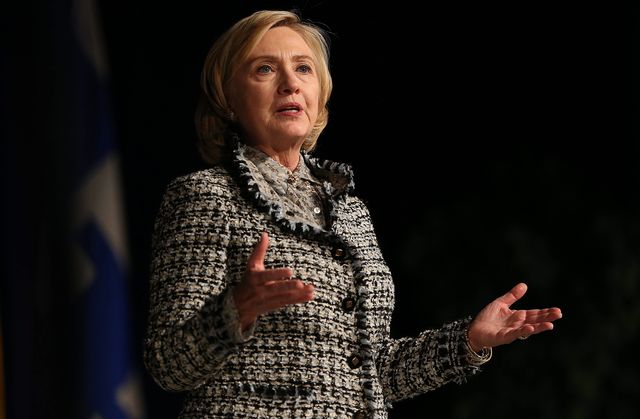 Former Secretary of State Hillary Rodham Clinton was interrupted during a Wednesday night speech at a university in New York by an angry heckler who blamed her for the deaths of four Americans at the U.S. Embassy in Benghazi, Libya, on Sept. 11, 2012.

“Benghazi, Benghazi, you let them die,” the heckler screamed, for fully 40 seconds while Mrs. Clinton tried to ignore it and continue her speech, The Daily Mail reported.

She was the keynote speaker for the University of Buffalo’s “Distinguished Speakers Series” when the heckler interrupted. She tried to talk over him, but finally responded.

“We want to be willing to come together as citizens to focus on the kind of future we want, which doesn’t include yelling,” she said, The Daily Mail reported. “It includes sitting down and talking to one another.”

The audience broke into applause at Mrs. Clinton’s rebuttal. But the theme of blaming Mrs. Clinton for the Benghazi incident just won’t fade.