by By Victor Morton | The Washington Times
September 27, 2019 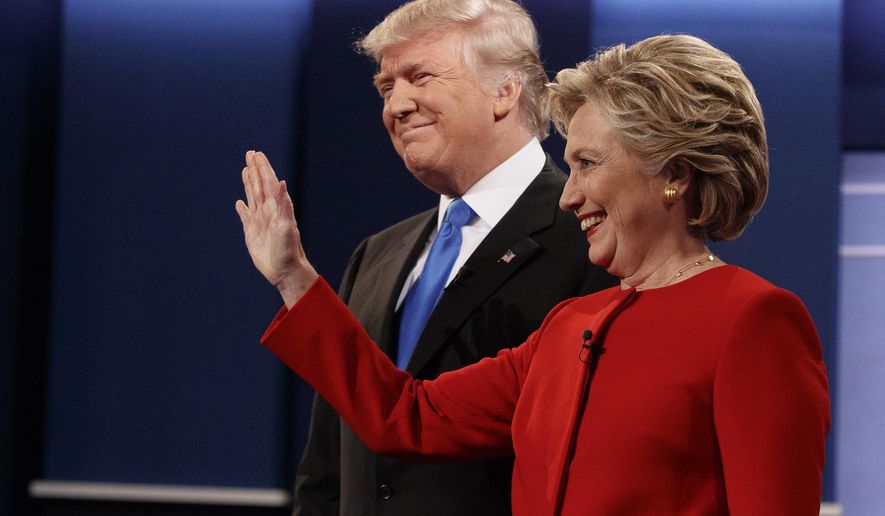 Defeated 2016 presidential candidate Hillary Clinton called the man who bested her “illegitimate” because he only won by cheating.

Still, Mrs. Clinton confidently predicted President Trump would lose his 2020 reelection bid because, she told “CBS Sunday Morning” in an interview to air this weekend, people now see through him.

Mrs. Clinton told interviewer Jane Pauley that she is not upset by Mr. Trump’s continuing denunciations and the “lock her up” chants at his rallies because “he knows he’s an illegitimate president.”

The former first lady explained that Mr. Trump is “illegitimate” because her defeat was the result of nefarious tactics.

“I believe he understands that the many varying tactics they used — from voter suppression and voter purging to hacking to the false stories — he knows that there were just a bunch of different reasons why the election turned out like it did,” she said.

I know that he knows that this wasn’t on the level,” she said.

“Look, there were many funny things that happened in my election that will not happen again,” she said. “And I’m hoping that both the public and press understand the way Trump plays the game.”

She added about her defeat: “It was like applying for a job and getting 66 million letters of recommendation and losing to a corrupt human tornado.”