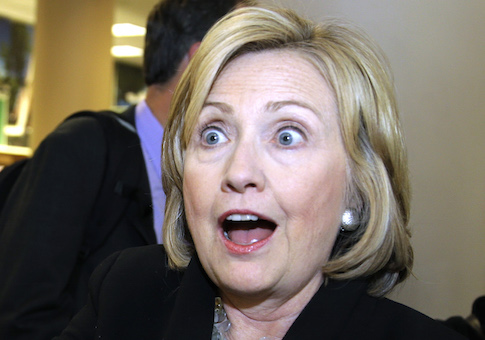 Hillary Clinton portrays herself as a champion of women in the workforce, but women working for her in the U.S. Senate were paid 72 cents for each dollar paid to men, according to a Washington Free Beacon analysis of her Senate years’ salary data.

During those years, the median annual salary for a woman working in Clinton’s office was $15,708.38 less than the median salary for a man, according to the analysis of data compiled from official Senate expenditure reports.

The analysis compiled the annual salaries paid to staffers for an entire fiscal year of work from the years 2002 to 2008. Salaries of employees who were not part of Clinton’s office for a full fiscal year were not included. Because the Senate fiscal year extends from Oct. 1 to Sept. 30, Clinton’s first year in the Senate, which began on Jan. 3, 2001, was also not included in the analysis.