Hillary losing base over fruits & veggies 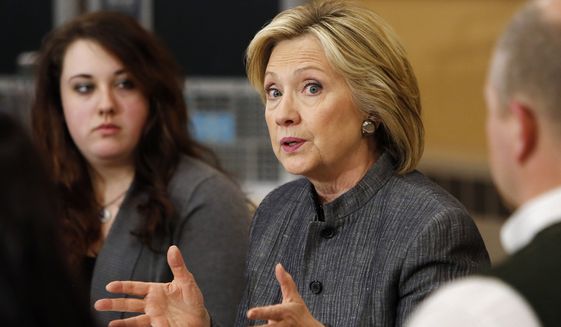 Hillary Rodham Clinton’s ties to agribusiness giant Monsanto, and her advocacy for the industry’s genetically modified crops, have environmentalists in Iowa calling her “Bride of Frankenfood” — putting yet another wrinkle in her presidential campaign’s courtship of liberal activists who are crucial to winning the state’s Democratic caucuses.

The backlash against Mrs. Clinton for her support of genetically modified organisms (GMO), which dominate the corn and soybean crops at the heart of Iowa’s economy, manifested itself at a recent meeting of the Tri-County Democrats, where members gauged support for the former secretary of state.

A large faction of women voiced strong support for Mrs. Clinton’s candidacy until the GMO issue came up, prompting them to switch allegiances to Sen. Bernard Sanders of Vermont, a liberal stalwart challenging her for the Democratic nomination.