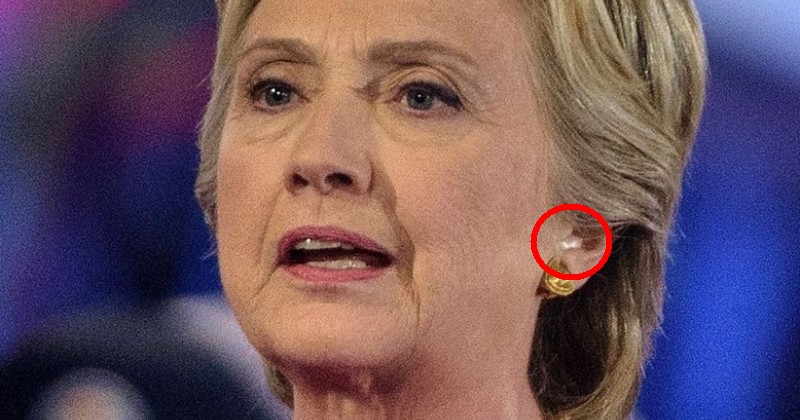 Was Hillary Clinton wearing an earpiece during last night’s presidential forum? That’s the latest question swirling around the Internet after pictures appeared to show Hillary with some kind of flesh-colored device embedded inside her ear.

Conservative actor James Woods drew attention the issue with the simple question, “Earpiece?” and a close up image of Hillary from last night’s forum.

Woods also posted a Clinton email from the Wikileaks archive in which Huma Abedin asked Hillary, “Did u take your earpiece or do I need to get it?”

“She can’t even #lie without help from a gaggle of other #liars through an earpiece,” tweeted Woods.

“She literally can’t help herself. She’s the kind of sociopath who will lie even if the truth were more beneficial,” added Woods, linking to an article by TruePundit which reported that Hillary was wearing an earpiece to receive “stealth coaching” during the NBC live town hall event.

241 Comments - what are your thoughts?