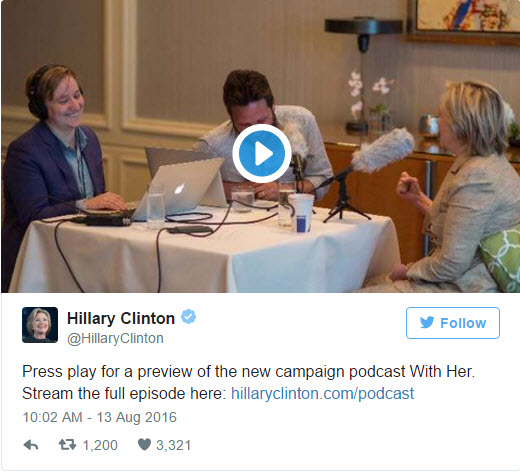 Hillary Clinton doesn’t like reporters, so she did an interview last week on a podcast hosted by her own presidential campaign.

Notice anything about the image?

Hillary is being propped up by a pillow, and it’s hardly the first time this has happened. In fact, the former secretary of state used to include propping cushions on her list of demands during her lucrative time on the paid celebrity speaking circuit.

According to the Washington Post, for one speech at UCLA, a public university that she graciously offered a discounted rate of $300,000, Hillary demanded that “chairs be outfitted with two long, rectangular pillows — and that two cushions be kept backstage in case the chair was too deep and she needed additional back support.”

Here are some photos of Hillary Clinton being propped up on pillows.