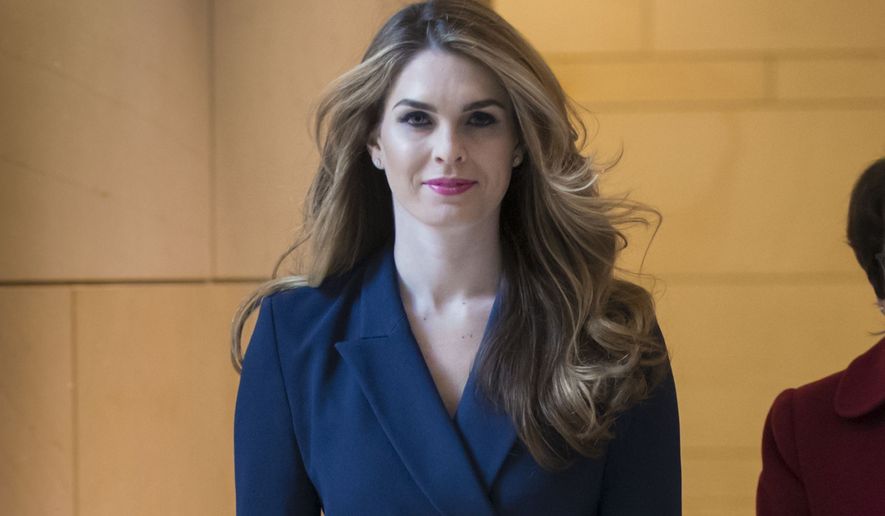 White House Communications Director Hope Hicks, who has been at President Trump’s side since before the 2016 campaign, announced her resignation Wednesday.

The exit of Ms. Hicks, 29, a former model who has been a key player but mostly stayed behind the scenes both on the campaign trail and at the White House, shocked Washington.

“There are no words to adequately express my gratitude to President Trump,” she said in a statement released by the White House. “I wish the President and his administration the very best as he continues to lead our country.”

Her departure, first reported by the New York Times and then confirmed by administration officials, is the latest in a series of shakeups for the White House communications team.

The startling announcement came a day after Ms. Hicks testified before the House intelligence committee’s Russia probe, saying she had told “white lies” to the president but denying the campaign in any way colluded with Moscow.