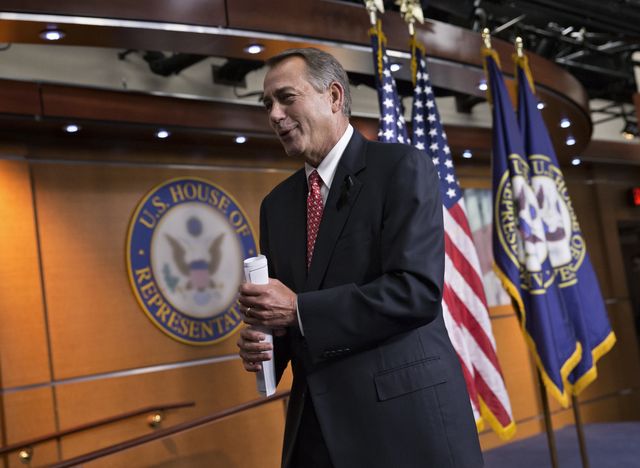 Overcoming vocal opposition from both ends of the spectrum, the House of Representatives easily passed a bipartisan budget proposal that aims to prevent another government shutdown for the next two years, clearing the way for it to be approved by the Senate and quickly signed into law by President Obama.

The 332-94 vote capped a drama-filled few days on Capitol Hill, where House Speaker John A. Boehner, Ohio Republican, delivered rare public rebukes to his conservative critics and Democrats cast Republicans as Grinches for not extending expiring unemployment benefits before Christmas.

Despite opposition from conservative groups, 169 Republicans joined 163 Democrats to vote for the plan, which critics said did not address the biggest drivers of spending: Social Security, Medicare and Medicaid. Sixty-two Republicans and 32 Democrats — including the minority party’s second-in-command, Rep. Steny H. Hoyer of Maryland — voted against the package.

But in the Senate, Republicans queued up to oppose the pact. Senate Democrats need at last five Republicans to cross over for the budget bill to pass, but so far not one has publicly endorsed the plan. What’s more, Sen. Jeff Sessions, Alabama Republican, said Senate Republicans plan to filibuster the bill.