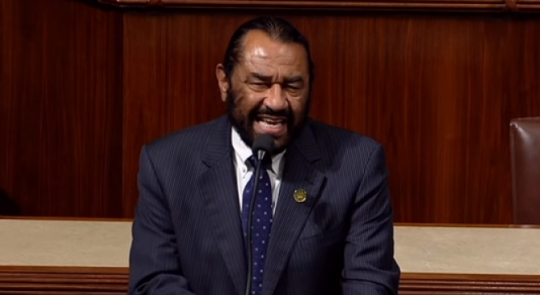 The House is expected to vote Wednesday on Rep. Al Green’s (D-Texas) articles of impeachment against President Trump, marking the first floor vote on the issue since Democrats took over the majority.

The vote is expected sometime in the late afternoon or early evening, three aides told The Hill.

“Yesterday there was a vote of condemnation. The president was condemned. Today, we’ll have a vote to punish,” Green told C-SPAN’s “Washington Journal” on Wednesday morning.

“We have to punish the president, and impeachment is the means by which he can be punished,” Green continued. “We ought to impeach this president for his bigotry.”
It will be the third impeachment vote forced by Green. He previously forced votes on articles of impeachment in December 2017 and January 2018, while Republicans controlled the House.