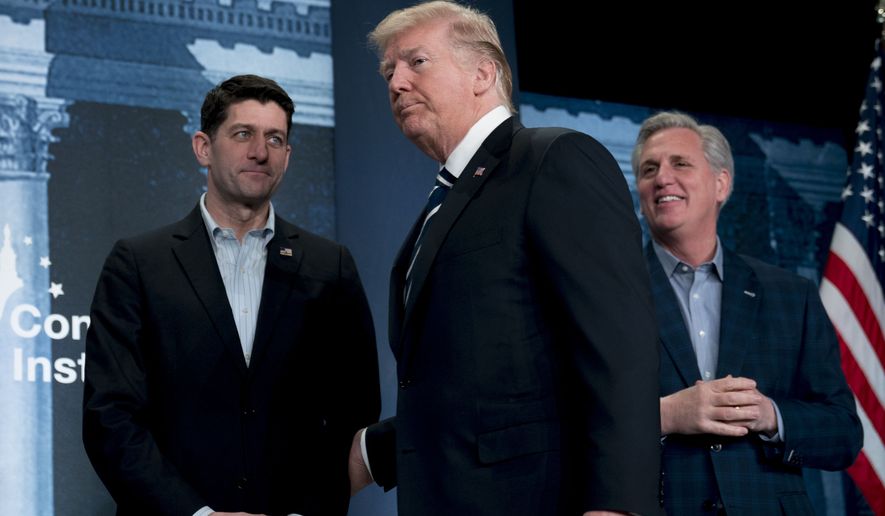 Republicans released a long-awaited memo Friday detailing government surveillance abuses, showing that the FBI would not have obtained a surveillance warrant for the Trump campaign without using information from a dubious partisan dossier.

The memo quotes former FBI deputy director Andrew McCabe, who abruptly retired earlier than expected on Monday, as having given testimony that a surveillance warrant would not have been obtained without the dossier. The president had publicly accused Mr. McCabe of partisan motivations before he left his post.

The memo also portrays Christopher Steele, the British spy who compiled the dossier, as “desperate” to prevent Mr. Trump from being elected president.

The information was given to Fusion/GPS, a liberal research firm working with the Hillary Clinton campaign, but the Foreign Intelligence Surveillance Act court that approved the warrant wasn’t given complete information about the partisan origins of the dossier.