House GOP to go after IRS 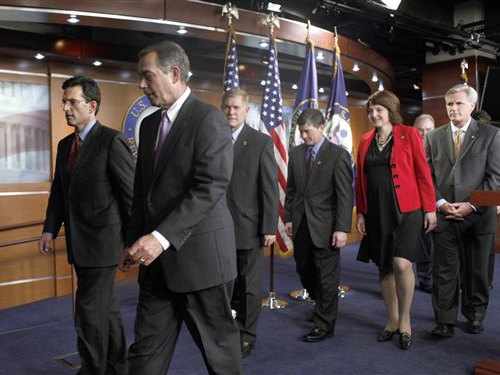 Less than two months before taxes are due, House Republicans will pass a slate of bills aimed at protecting taxpayers from IRS abuses.

The House GOP also plans to move legislation that would force the government to reveal more clearly how taxpayer money is being spent.

Many Republicans said that act was an overtly political attempt to prevent these groups from having an impact in the 2012 election.

Rep. Peter Roskam (R-Ill.) is the author of two of the bills to be considered next week, both of which respond to the targeting scandal.