by Rebecca Shabad and Cristina Marcos | The Hill
January 14, 2015 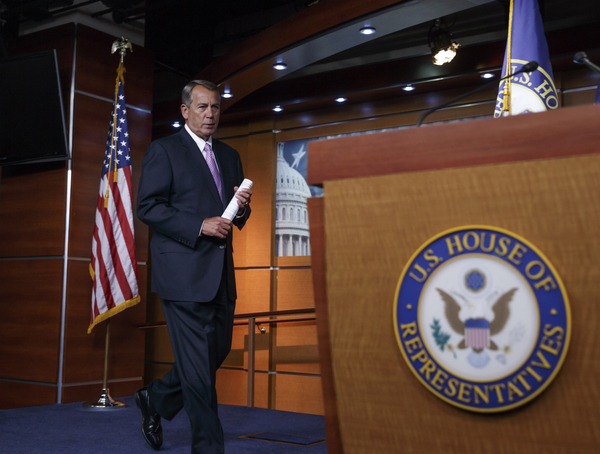 The House voted Wednesday to block funding for President Obama’s immigration orders, firing the first shot in a high-stakes battle over deferred deportations for the millions of people who are in the country illegally.

The measure passed in a 236-191 vote, with 10 Republicans voting against it and two Democrats voting in favor.

Democrats rallied against the bill, which would fund the Department of Homeland Security (DHS) through September, after Republicans adopted a series of contentious amendments that take aim at facets of Obama’s immigration policy.

One of the amendments would choke off funding for Obama’s executive action announced in November, which would allow some illegal immigrants to stay in the country and obtain work permits.