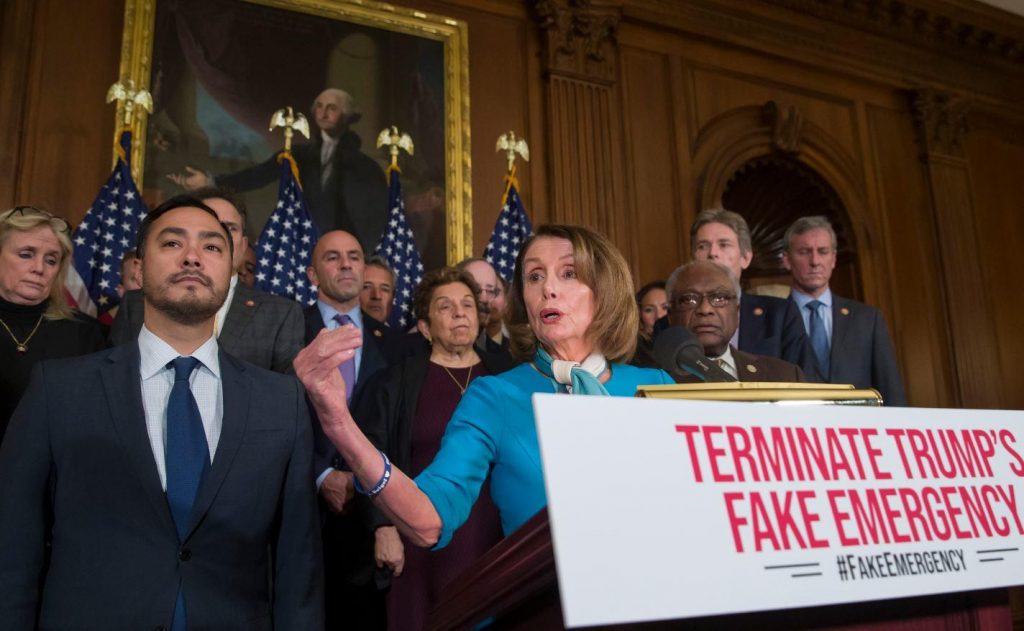 Washington — The House of Representatives passed a resolution late Tuesday afternoon that would terminate President Trump’s national emergency proclamation, which is also being challenged in court by a multistate lawsuit.

The final vote of 245 to 182 fell largely along party lines, but 13 Republicans joined Democrats in supporting the measure.

The bill now goes to the Republican-controlled Senate, which must vote on the measure within 18 days. Mr. Trump has vowed to veto the resolution if it reaches his desk.

Introduced by Democrats last week, the measure would reverse the implementation of the president’s controversial proclamation, which he is relying on to unilaterally access $3.6 billion in military construction funds to build his long-promised wall along the U.S.-Mexico border.