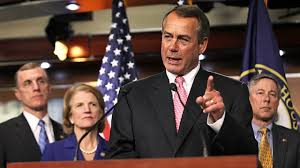 After initial success in cutting federal spending and reducing deficits, House Republicans have drifted into the red with a series of tax measures and spending bills that are not offset — either adding to the pile of debt or hiding the costs with accounting gimmicks.

More than a dozen bills with costs that are not fully offset elsewhere in the budget have passed the Republican-controlled House and threaten to add nearly $1 trillion to federal debt over the next decade.

The measures include a slew of tax breaks known as tax extenders. Among them are a $155 billion research and development tax credit, a $90 billion expansion of the child tax credit to higher-income families and a $2 billion enhanced tax deduction for businesses that make charitable food donations.