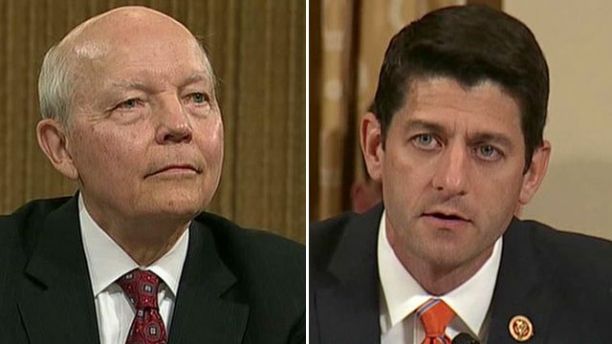 WASHINGTON – A congressional hearing Friday into how the Internal Revenue Service lost thousands of emails from an ex-official accused of targeting conservative groups turned into an angry shouting match, with Republicans accusing the IRS commissioner of lying to Americans.

Koskinen responded, “I have a long career. That’s the first time anyone’s said I don’t believe you.”

“I don’t believe you,” Ryan shot back again.

Koskinen set a defiant tone during his testimony before the House Ways and Means Committee, telling lawmakers he felt no need for the agency to apologize amid accusations of a cover-up in the targeting scandal of conservative groups.