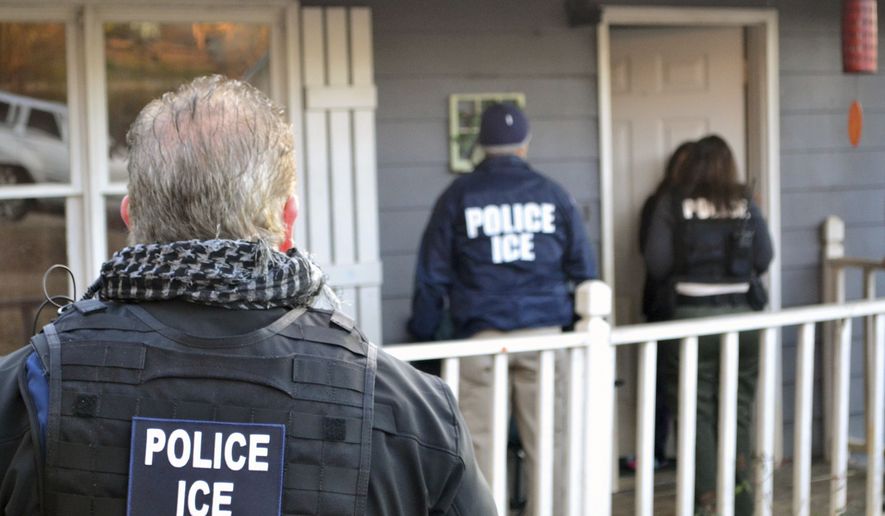 The country’s immigration enforcement officers launched a website Tuesday demanding President Trump do more to clean up their agency, saying he’s left the Obama team in place and it’s stymieing his goal of enforcing the laws on the books.

U.S. Immigration and Customs Enforcement supervisors in Philadelphia banned officers from wearing bullet proof vests during an operation in the dangerous “badlands” section in the city’s north, for fear of offending the immigrant community, the new website, jicreport.com, charges.

Meanwhile officers in one Utah city are required to give city officials seven days’ heads-up before arresting anyone — and by the time they go in, the migrants they’re targeting seem to have gotten a heads-up and taken off, the website says.

Compiled by the National ICE Council, which represents ICE officers, the website is part whistleblower and part primal scream for Mr. Trump to pay attention to a group of people who were among his staunchest backers during last year’s campaign.