Immigration fight down to the wire 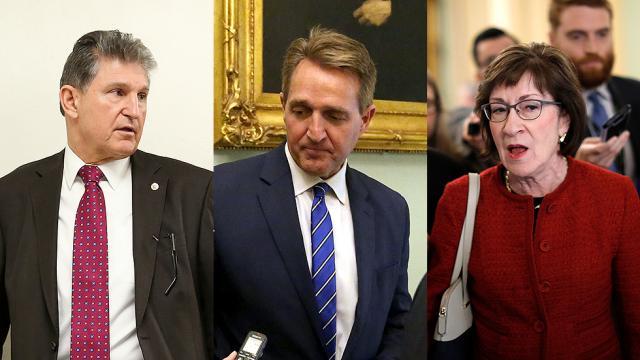 Senators are struggling to break through a legislative stalemate on immigration, with centrists making a frantic push to find a deal that can win enough support to pass by the end of the week.

The centrist senators on Wednesday said that they had finished the contours of an agreement that would protect “Dreamers” in exchange for more spending on border security.

But in a sign of just how harried the push has become, the official language of the agreement wasn’t revealed until late Wednesday night after hours of what Sen. Jeff Flake (R-Ariz) called “tidying up the language.”

Senate Majority Leader Mitch McConnell (R-Ky.) has made clear that he intends to move on from the immigration debate after this week, leaving little time for any faction to cobble together 60 votes for an immigration bill.

If every Democrat supported the group’s proposal — which is not guaranteed — the centrists would need the votes of 11 GOP senators for a bill to pass. Roughly a dozen Republicans have been taking part in the Common Sense Coalition talks.