In Seoul, Trump calls for North Korea to ‘make a deal’ 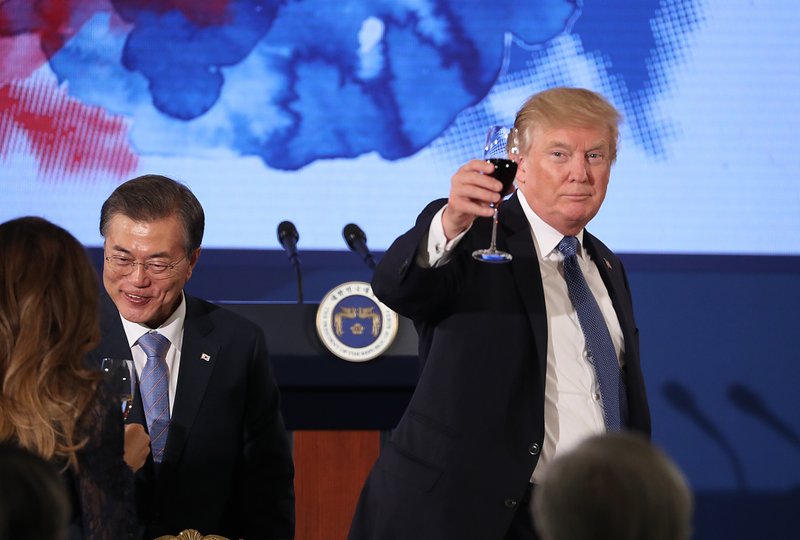 SEOUL, South Korea (AP) — In a striking shift of tone, President Donald Trump abandoned his aggressive rhetoric toward North Korea on Tuesday, signaling a willingness to negotiate as he urged Pyongyang to “come to the table” and “make a deal.”

Trump, in his first day on the Korean peninsula, again pushed Pyongyang to abandon its nuclear weapons program, but sounded an optimistic note, saying confidently, if vaguely, “ultimately, it’ll all work out.” And while he said the United States would use military force if needed, he expressed his strongest inclination yet to deal with rising tensions with Pyongyang through diplomacy.

“It makes sense for North Korea to come to the table and make a deal that is good for the people of North Korea and for the world,” Trump said during a news conference alongside South Korean president Moon Jae-in. “I do see certain movement.”

Trump said he’s seen “a lot of progress” in dealing with North Korea though he stopped short of saying whether he wanted direct diplomatic talks.